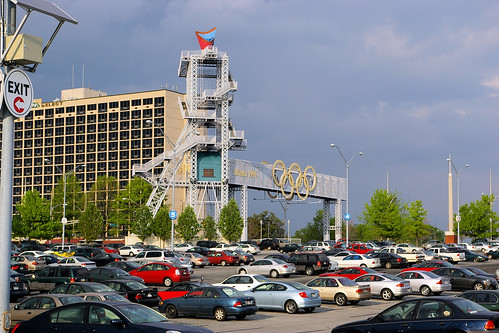 Twenty years ago this summer, Atlanta hosted the world at the 1996 Olympic Games. But today, signs of the city’s prestigious election are few and far between. One such sign, the Olympic Cauldron that was meant as a tribute to the games now stands more or less forgotten in an empty parking lot. The idea was brought up 5 years ago to move this landmark to a more prominent location in Centennial Olympic Park, and the current Olympic Games has brought it back to the surface, but will doing so negate some of the cauldron’s status? Click here to find out more over on Curbed Atlanta.

STAY IN THE KNOW